The 12 Films You MUST Watch If You Work In Sales!

The 12 Films You MUST Watch If You Work In Sales!

There is nothing more motivating than a good film, and when working in sales you need all the motivation and inspiration you can get!

Not only that, but some of these films are packed with some SERIOUS sales knowledge, skills and tactics that really do work (and some are filled with old style techniques that definitely don’t work anymore!)? None the less, they are all extremely entertaining and more so if you understand what it’s really like working in sales.

“SHOW ME THE MONEY“

“Sell me this pen“

“Put down that coffee, coffee’s for closers“

To adrenaline fuelled money-making sales superstars, these films have it all.

If you are working in sales we would recommend watching each one of these as if they were a training video (or maybe anti-training video), you never know what you might pick up and they might just give you the boost you need to go get those sales!

Moneyball is an epic film following the true story of how a baseball general manager and his assistant general manager build a unique system to analyse players and compete with a limited budget compared to teams just spending to win.

By using this new method they are able to sign undervalued players that are full of potential, building a winning team that can compete at the highest level. Smart business, smart sales and an all around awesome film.

2 competing salespeople known for being high-level rivals in the world of high pressured sales go to extremes after crashing into each other with neither willing to take the blame.

This film is funny, extreme and highlights to good (and bad) within the world of sales. An old but timeless sales classic.

Jerry Maguire, played by Tom Cruise, is a successful sports agent. He has the biggest clients, the respect, a beautiful fiancée, he has it all. Until one night he questions his purpose and his place in the world. Jerry finally comes to terms with what’s wrong with his career and life.

The film is full of brilliant sales quotes, passion, energy and sales action, it’s a must-watch for salespeople out there. My personal favourite part of this film is the realisation of how valuable one single customer might be, compared to trying to sell to anyone and everyone.

This film is often compared to Wall Street, following the life of a small-time stock broker trying to make it big. There are some great scenes for salespeople including a lesson on how to sell!

For me Ben Affleck’s confidence and speeches are just awesome and similar to those you sometimes see from the top salespeople in a company. Great film!

A classic film that has that retro sales feel to it. Gordon Gekko is a corporate star who a young Bud Fox aspires to be. Gordon takes Bud under his wing showing that he must do anything to get to the top (which included illegal trading).

Yes it’s old-school, yes it’s an old style sales approach, but it still is an awesome watch and some good core sales messages in there as well.

By far one of my all-time favourite films, this for me highlights one of the greatest salesmen of all time, but not someone most people will know or consider a sales-great.

The story of how McDonalds came to be is a surprising one, from milkshake salesperson to the man who took McDonalds and made it what it is today, this film is a MUST watch for anyone working in sales.

6) The Pursuit Of Happyness

Another one of my personal favourites (and one that might bring a tear to the eye), this is the film the really inspire you to work hard, to work harder than anyone else can or does.

Based on a true story about a man named Christopher Gardner, Gardner has invested heavily in a device known as a “Bone Density scanner”. He feels like he has made these devices. However, they do not sell as they are marginally better than the current technology at a much higher price.

After seeing a stockbroker pull up in a fancy car, he pushes himself to unbelievable limits to become one and provide for his family.

5) The Wolf Of Wall Street

This is a common favourite for many salespeople, The Wolf Of Wall Street is based on the true story of Jordan Belfort, from his rise to a wealthy stock-broker living the high life to his fall involving crime, corruption and the federal government.

Full of fast-paced selling, this highlights the energy needed to become super successful in sales (although should also highlight what happens if you sell un-ethically!).

NOTE – Whilst course what Jordan Belfort did was wrong, you can’t deny that many of his approaches to sales are accurate, and when done in an ethical way can be very effective.

Ok I really love this film, such a powerful and inspirational story of how someone had to fight through so much to achieve her dream and to turn her idea into one of the biggest businesses out there.

I personally love how she sells her product in a way that was better than other salespeople. The passion and belief she had for her product is something salespeople need to have. A definite must-watch.

3) Death Of A Salesman

Salesman Willy Loman is in a crisis. He’s about to lose his job, he can’t pay his bills, and his sons Biff and Happy don’t respect him and can’t seem to live up to their potential. He wonders what went wrong and how he can make things up to his family.

Great acting, great actors, and a definite must-see for salespeople.

Tommy Boy is a movie about the world’s most unlikely brake pad salesman. After the death of Tommy Boy Sr, the family business is in need of some major sales. In desperation, Tommy Boy is sent on the road to make the annual sales trip.

Tommy Boy and his road companion Richard Hayden learn a lot of hard lessons before they finally learn to make the sales stick.

This film genuinely has some of the funniest things I’ve seen and had me laughing out loud so many times and has had a few scenes includes in some of my memes over the years!

The most famous sales movie of them all, and yet I can guarantee so many salespeople out there will never have seen it!

Most will know about A.B.C – Always Be Closing, well this is where that came from. It’s real estate, it’s phones, it’s knock-down-drag-out sales. It’s awesome!

So there you go, the 12 films you really MUST watch if you work in sales.

Whilst they are not your typical sales training video, there is often plenty of inspiring and motivational sales scenes within them. Some highlight or represent what can be wrong in sales, some highlight the very best of sales.

Watch, enjoy, and come back to work with the energy you need to go for the sale.

Now here’s our question for you…

What is YOUR favourite sales movie?? Let us know in the comments!

We’ve talked about the best films for salespeople, now let’s talk about the BEST CRM for sales teams…

This article is supported by Pipedrive, one of the world’s best CRM’s used by over 100,000+ companies in 179 countries. You can try it for free right here. The best sales managers choose Pipedrive because it is DESIGNED for sales teams and has been voted the easiest to use CRM.

They normally offer 14-day free trial but if you follow one of our links in this newsletter you’ll be able to get an extended 30-day free trial and as a bonus, if you choose to use Pipedrive after your trial, you’ll get 20% discount on your first year (that’s a pretty amazing offer if we’re honest!).

If you’re potentially interested in trying Pipedrive out, we have a few extra resources that might help: 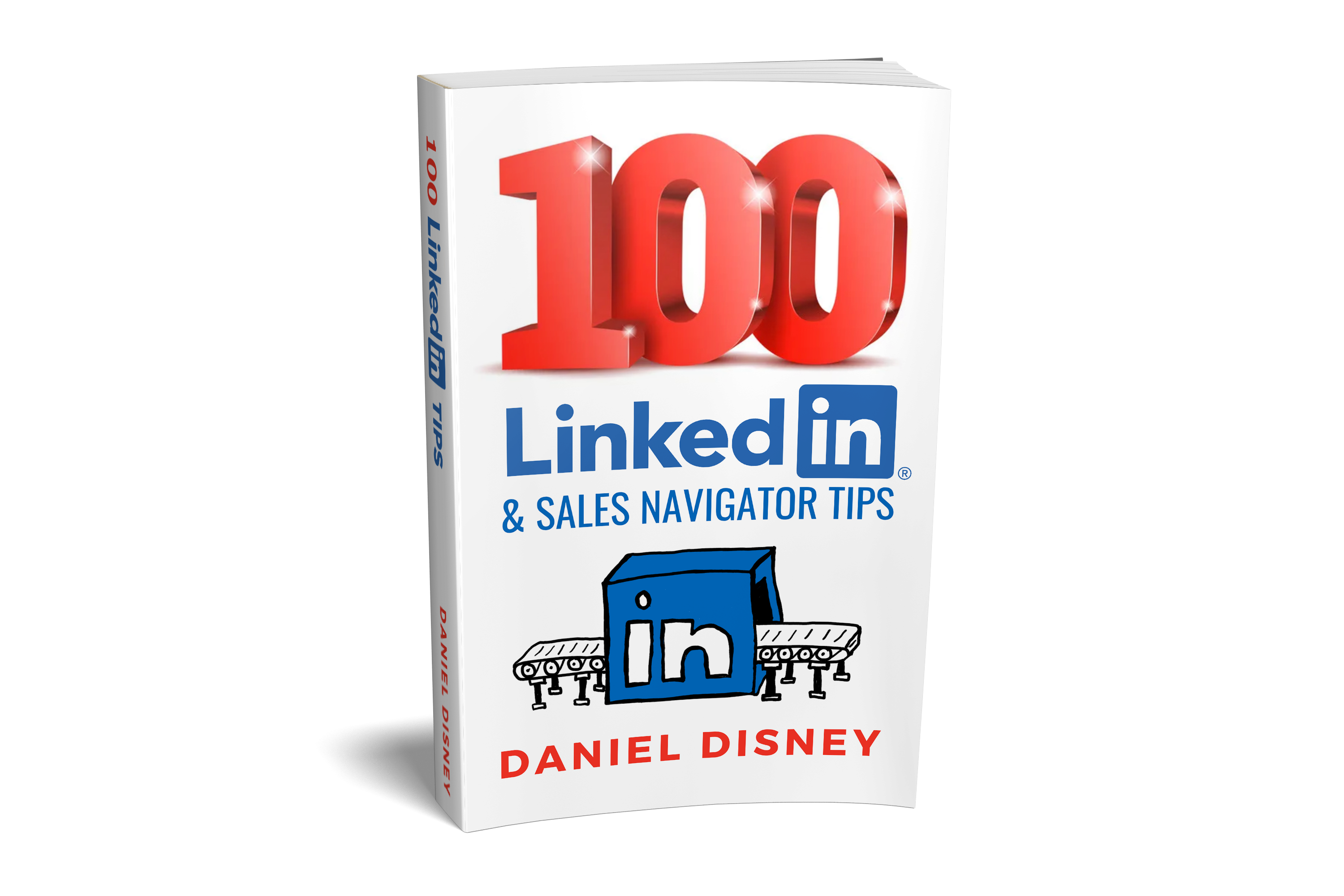 This 140-page eBook is packed with all the latest and greatest LinkedIn & Sales Navigator tips to help you, your sales teams and your companies generate more leads, sales and revenue...... 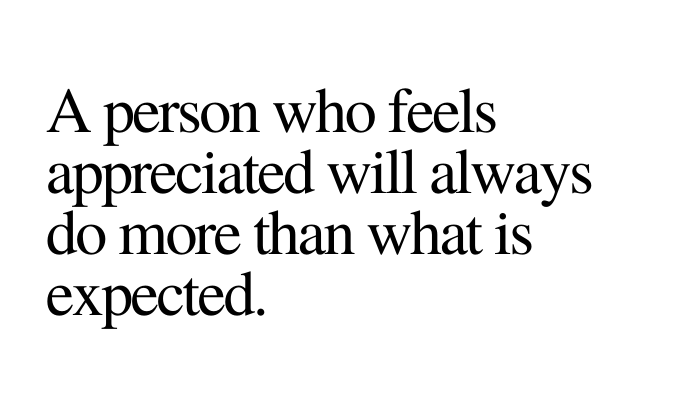 There are a lot of salespeople out there who unfortunately do not feel appreciated by their managers or their company, I’ve seen it first-hand. Some salespeople are made to......

Today I’m going big and sharing a whopping 25 social selling tips and tricks! That’s right, TWENTY FIVE Use these to finish 2022 strong Use these to start building an ......